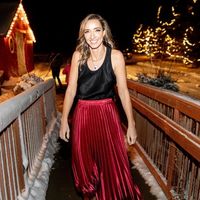 Jenn Bostic is a soulful pop artist with a hint of gospel. Her emotive songwriting and powerful vocals have been touching hearts around the world. Jealous of the Angels, her #1 single, was championed by both Smooth Radio and BBC Radio 2, with a performance on BBC Breakfast. Bostic has had 4 singles playlisted on Radio 2, including her most recent single What Love Feels Like, featuring a gospel choir. In 2012 she was named Best Songwriter and Best Artist in the Independent Country Music Association Awards. She has performed sold out shows across the United States and Europe, and has opened for the likes of Richard Marx, Christian Kane and The Band Perry. She currently resides in Nashville, Tennessee, where she is working on a new album due early 2018.